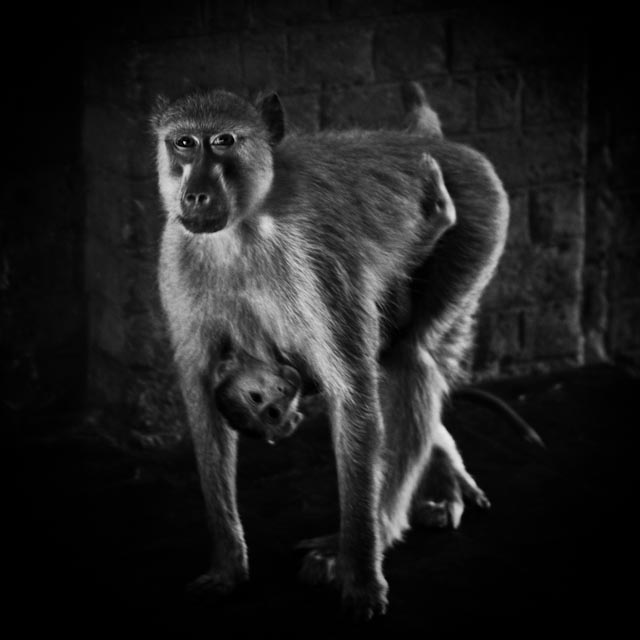 I had a dream the other night that I spotted what I thought at first was a bed bug on the duvet (why I had bed bugs on my mind we won’t go into). But it was travelling at such speed across the duvet, I realised it couldn’t be a bed bug and must be a tiny money spider instead.

When I looked more closely at it though, I realised it was a tiny monkey, the same size as a money spider, galloping (do monkeys gallop?) across the bed. However, there was something odd about its feet. It looked like it had little puffs of white cotton wool attached to each of them.

When I looked even more closely though, I realised that tiny little puffs of cartoon smoke or clouds were appearing each time one of its feet touched the duvet.

I like this picture I took in Malawi of a monkey and her baby a lot. She was sneaking down a hotel corridor trying to make her way to the breakfast buffet without being spotted by the staff. I liked her cool stare, getting the measure of me before deciding that she could probably still make a run for the cereal and fresh fruit despite my proximity. She didn’t make it. Not this time anyway. No doubt she’d come back and try again. It was a daily battle of wills between man and monkey up on the Zomba plateau.